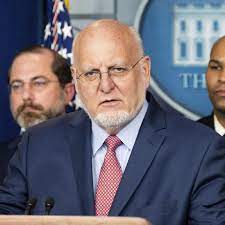 As the information comes to light about just what happened in the early months of 2020, the real power brokers are starting to reveal the inner dysfunction and disputes. A recent interview with Dr. Robert Redfield revealed that he was unaware of all that was happening until the freedom of information act (FOIA) showed the emails and communications between Anthony Fauci and Francis Collins in the critical days of January and February of 2020.

Imagine being the head of the CDC, a world-renowned virologist, and having a military leader background yet being left out of the discussions on the response narrative crafted by an administrative immunologist, Anthony Fauci, and a guitar-playing, geneticist, and Christian author, Frances Collins. That is what Robert Redfield found out in the FOIA request released this past spring. Amid the most significant health crisis in decades, the man trained and ready was left out of the meeting to decide on a response. A response that has now been exposed is about a unified narrative, not scientific integrity or inquiry.

The word narrative has no place in science! If a scientist or physician ever mentions the word narrative while discussing observations or, most importantly, your personal health, RUN as fast as you can away because you have mistaken a politician for a scientist.

We also discuss the work of Graham Lloyd Jones, a Radiologist in Salisbury, England, and his lecture on pulmonary changes in COVID-19 as a primary pulmonary vasculopathy. His lecture is attached below.