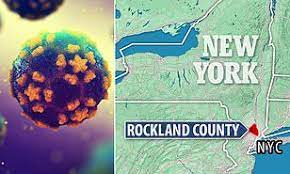 America’s first polio patient in nearly a decade is an adult in Upstate New York who had refused to get vaccinated against the virus, health chiefs revealed Thursday.

The unnamed individual was hospitalized in Rockland County after suffering ‘significant’ symptoms of the disease including paralysis.

It is not clear when or where they became infected, but health officials said they likely picked up the virus outside the country.