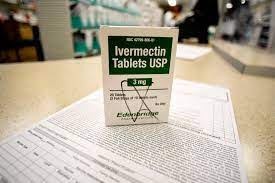 FYSA, pharmacies are still refusing to give IVM to patients. The watered-down bill that passed, was unsurprisingly not great and only states that a pharmacist “may” (vs “must”) who has a collaborative agreement with a physician (and you can bet most aren’t running out to get one of these) dispense…So a patient called and related that pharmacies are refusing, same as before.

Email from the great Jeremy Snavely at the AAPS:

“While the Tennessee bill started out as a bill to make ivermectin available OTC, by the time it made its way to the finish line, and was signed by the Governor, it had morphed into a bill that instead permitted pharmacists to dispense ivermectin under a collaborative practice agreement with a physician.

Here’s the bill as introduced:

It would have provided that:  “ivermectin suitable for human use may be sold or purchased as an over-the-counter medication in this state without a prescription.”

And here’s the version signed by the Governor:

It provides that instead of OTC status:

A pharmacist, in good faith, may provide ivermectin to a patient who is eighteen (18) years of age or older pursuant to a valid collaborative pharmacy practice agreement containing a non-patient-specific prescriptive order and standardized procedures developed and executed by one (1) or more authorized prescribers.

In other words, it allows a pharmacist and physician to partner together so that the pharmacist can dispense ivermectin to any patient (over 18 years old) who wants ivermectin, without a prescription from a physician. Apparently not many pharmacies are taking advantage of this flexibility.”