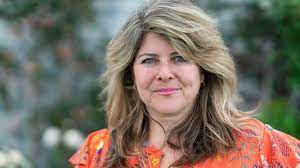 Naomi Wolf spent her career as a darling of the liberal corporate media. This was until very recently, about two years ago, when Wolf began to question the narrative surrounding COVID-19.

Since then, her mainstream media coverage has been smear piece after smear piece. Wolf’s new book The Bodies of Others is filled with clear-eyed, sober insights on the workings of the new public health regime. Where it came from, what it’s done, and where it’s going.

I traveled to the mountains of upstate New York to talk to her about the lockdowns, the vaccines, big tech, and censorship.

Wolf explained how the COVID lockdowns transformed and forced humanity’s real-life physical interactions onto the internet. On the internet, she said, tech behemoths could mine exponentially more data which she argued is the plan the ruling class is aiming for in the future.

Wolf also explained to me how the Pfizer documents revealed what the COVID vaccine does to the reproductive system and how she has documented proof that the CDC coordinated her Twitter suspension.