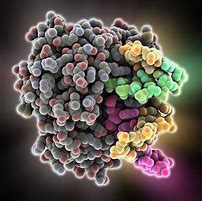 To construct synthetic variants of natural coronaviruses in the lab, researchers often use a method called in vitro genome assembly. This method utilizes special enzymes called restriction enzymes to generate DNA building blocks that then can be “stitched” together in the correct order of the viral genome. To make a virus in the lab, researchers usually engineer the viral genome to add and remove stitching sites, called restriction sites. The ways researchers modify these sites can serve as fingerprints of in vitro genome assembly.