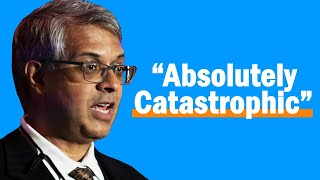 The Stanford professor and Great Barrington Declaration coauthor stands up to COVID-19 autocrats and disastrous lockdowns by following the science. On October 4, 2020, when COVID-19 was raging, American schools were mostly shuttered, and vaccines were believed to be years away, a team of top researchers at the world’s most prestigious universities—including Stanford’s Jay Bhattacharya, Harvard’s Martin Kulldorff, and Oxford’s Sunetra Gupta—published the Great Barrington Declaration, a controversial open letter challenging the official U.S. response of lockdowns and government control of ever-larger parts of the economy and everyday life. Recognizing that COVID overwhelmingly affected elderly Americans and others with specific, identifiable health conditions, they called for a policy of “focused protection,” in which the vulnerable would be kept safe and the rest of us, especially children and young adults, would be able to get on with our lives. The response at the very highest levels of government was quick and draconian. Francis Collins, then the director of the National Institutes of Health, wrote a private email to presidential chief medical adviser Anthony Fauci, which was later obtained through a Freedom of Information Act request, denouncing Bhattacharya, Kulldorff, and Gupta as “fringe epidemiologists” who deserved to be the subject of a media “takedown.” “Big tech outlets like Facebook and Google followed suit, suppressing our ideas, falsely deeming them ‘misinformation,’ says Bhattacharya, a professor of medicine at Stanford who also holds a Ph.D. in economics. “I started getting calls from reporters asking me why I wanted to ‘let the virus rip,’ when I had proposed nothing of the sort. I was the target of racist attacks and death threats.” I sat down with Bhattacharya to talk about what it was like to be at the very center of an official effort to suppress heterodox thinking about the pandemic, why he believes he and his Great Barrington Declaration co-authors have been vindicated, and whether the public health establishment can ever recover from ongoing revelations of incompetence, malfeasance, and politically motivated decision-making. He also discusses how the centralization of science funding encourages dangerous groupthink, why he believes in mRNA vaccines but remains staunchly anti-mandate, and why he stopped wearing masks a long time ago.