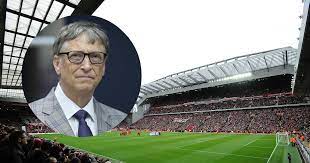 Listen live to the show: https://streamdb7web.securenetsystems.net/ce/TALKLOUD&

One of the most frustrating elements of the last two years is the ever-changing stated goals and objectives of our political and public health officials. First, it was “fifteen days to slow the spread,” and then “wait for the vaccine.” Now it’s “you’re gonna need another booster.” It’s like an inmate on death row asking for an all-you-can-eat buffet for their final meal. It could go on forever.

The messaging feels less like a pandemic response and more like the role out of a crumby Windows operating system. Last week, Bill Gates said on CNN to expect a vaccination/booster for covid every 6 months forever for those 50 years and older. Currently, no randomized trial exists on the efficacy of boosters boosters’ efficacy and reliance is on poorly-controlled observational studies that often show negative effectiveness.

Another news study this week involved a licensing agreement between the NIH and WHO for a vaccine technology to stabilize spike proteins. This is an odd article to be in financial news given it would mean the NIH acts more like a private (monopolizing) tech company guarding secrets as opposed to improving the health of the citizens (their bosses.)

Another concern is the technology for the stabilization of spike proteins was developed by the Vaccine Research Center in 2016. “NIAID Vaccine Research Center (VRC) scientists spent years prior to the COVID-19 pandemic researching the structure and function of coronaviruses to make highly targeted vaccines.” Stabilizing coronavirus’ spike proteins makes them potent and precise immunogens for use in vaccines. The SARS-CoV-2 spike protein was stabilized using this patented molecular engineering approach. NIH has licensed worldwide this pivotal technology to various companies for use in their COVID-19 vaccine products. (https://www.niaid.nih.gov/diseases-conditions/basic-preclinical-coronavirus-research)

We have to wonder why the surface protein utilized in the development of the vaccine of the Spike Protein is the most pathogenic of the surface proteins for SARS-CoV2? Other targets such as the nucleoprotein or other surface proteins were not even considered despite their lack of pathogenicity. The answer is that our NIAID created technology it could license to companies.. In 2016, the American government developed the foundational technology to fight disease that was not known until the fall of 2019. Given the amount of time the NIH has downplayed repurposed medicines for treatment of COVID-19, we now learn that ironically, the vaccine is a repurposed solution from 2016. The only difference is Fauci and Company (our government) stand to make giant profits that would not be possible in the repurposed drug market. When was the last audit of these proceeds anyway?