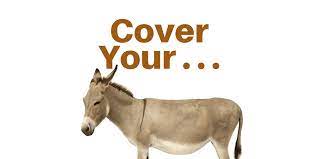 Never mind that the mRNA injection has almost laughable efficacy; ignore the fact that the injection is still under emergency use authorization; pay no attention to the adverse events and real-world damage that is appearing in the VAERS system or literature. The vote and the 15-0 outcome showed that discussion, questions, and follow-up have no place in the ‘science’ of our administrative medical authorities.

Last week, a vote was taken by the ACIP, the Advisory Committee on Immunization Practices. Usually, this meeting is not newsworthy and usually involves recommendations for vaccine schedules for the adult and pediatric population. Given the last two and a half years, however, this meeting was especially newsworthy given that the committee was deciding on whether to recommend the emergency use authorization mRNA injections for the children’s vaccine schedule.

We dare say that this vote appeared planned from the outset of this pandemic and was a promise kept to bigPharma to protect them from questions and harm. Of course, the media, fact-checkers, and even state health officers were quick to point out that the ACIP and CDC don’t decide which of the vaccines on the pediatric schedule are mandatory for public school attendance. But, once again, given the past two years, this was, in fact, gaslighting. As the cover Image of this post explains, following the ‘science’ is really a euphemism for abdicating responsibility in administrative public health.

At the end of today’s podcast, we will include the second part of an interview with Dr. Sandy Miarecki, who was fired from the Air Force Academy, in Colorado Springs, CO, for fighting against the illegal mandates in the military. She is a retired Lt Col and Air Force Test Pilot (with an extensive biography, see below) who takes her oath to protect the Constitution very seriously. She retired from the Air Force in 2007 and completed a Masters and Ph.D. in particle physics before being hired as a federal civilian in 2016. She has been helping the cadets and students around the country with their religious exemptions and appeals, but many of these hard-working and talented young adults are being forced out.

GiveSendGo (legal fees, plus helping students with college expenses (the ones that left the Academy)