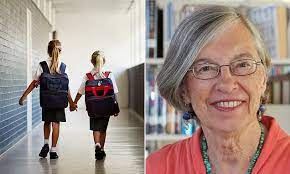 Young girls in America are experiencing puberty at an earlier age than biologists would particularly expect with the average age falling to ten, with black girls undergoing the process a year earlier than their peers on average, experts warn.

The phenomena was first detected by Dr Marcia Herman-Giddens, a public health expert at the University of North Carolina, when she began to gather data on more than 17,000 girls in the mid-1990s.

She found that the average age of puberty was dropping, falling to ten years old, with some girls developing as early as age six.