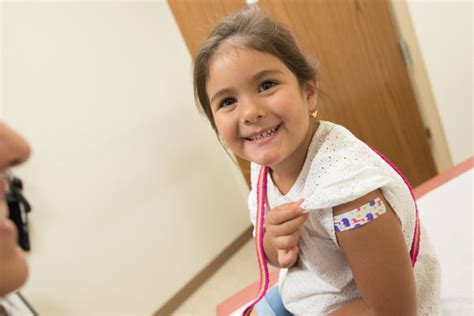 The White House says that about 10 percent of children aged 5 to 11 will have received at least their first COVID-19 vaccine shot within the two weeks since it became available to the younger age group. More than 2.6 million 5- to 11-year-olds are expected to have gotten their first dose by the end of the day on Wednesday, officials said during a briefing, citing the “strength” of the administration’s vaccination rollout for children, which has been fully operational for 10 days.

White House coronavirus coordinator Jeff Zients contrasted the timeline with the 50 days it took to reach 10 percent of adults with one COVID-19 shot and with the three months it took in the 1950s to get 2.5 million children vaccinated against polio. “We know there’s more work to do, but these milestones represent critical progress and show we are on the right track in our fight against the virus,” Zients said.

Children’s vaccinations also doubled in the first full week of the program, compared to the previous week, with 1.7 million kids getting their shots last week. The number of vaccination sites available to children also increased by 50 percent to 30,000 last week.

More Centers for Disease Control and Prevention data on child vaccinations is expected later this week as the agency awaits data from states and providers, he said. White House officials also pointed to data showing 80 percent of Americans aged 12 and older have received at least one shot, adding that 300,000 people get their first dose every day.

Still, approximately 57 million Americans aged 12 and older remain unvaccinated, including about 47 million adults, despite the vaccination being authorized for their age range since May. The CDC signed off on allowing children aged 5 to 11 to get their COVID-19 vaccines earlier this month, sparking relief and excitement among many parents.

But not all plan to get their kids vaccinated, with 30 percent in a Kaiser Family Foundation poll saying they will definitely not get their children the shot and 33 percent saying they intend to wait and see.

While children remain less likely to develop severe illness, almost 6 million have contracted the disease and more than 900 have died, including 2 million and almost 200 children aged 5 to 11. Children have also developed long COVID-19 and multisystem inflammatory syndrome in children after their infection.

The National Institutes of Health enrolled its first participant in a study on the long-term effects of COVID-19 on children this week.